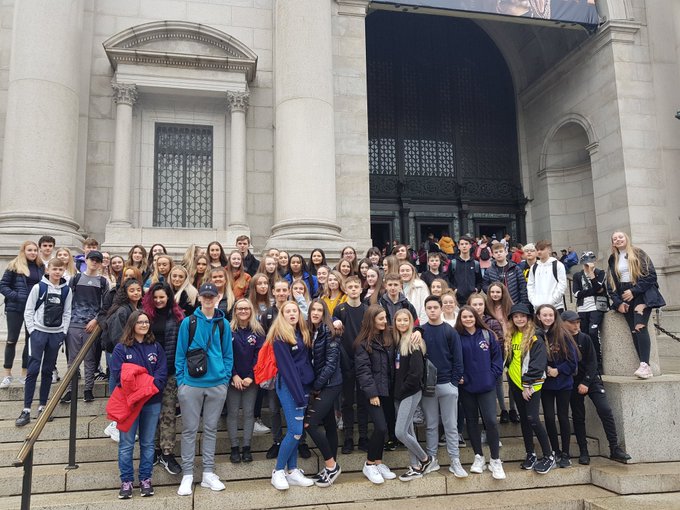 Students had an incredible time when they visited New York during the October half term. The group spent their first morning at the American Museum of Natural History, the largest museum in the world and the set for ‘A Night at the Museum’ film. The afternoon was spent at Central Park where there was the opportunity to visit the zoo and the ice rink. Madison Square Garden was the venue for the ice hockey match in the evening.

The group took time to remember and reflect on the events of 1993 at the National September 11 Memorial and Museum and visited Liberty Island and the Statue of Liberty, the New York Stock Exchange, The Bank of America, World Trade Centre and Trump Towers.

Before returning home, there was opportunity to visit the Hard Rock Café and ABC Studios. The action packed tour ended with a full skyline view from the top of the 1250 ft high Empire State Building.

Visit this address with your Android or Apple device: schoolsays.co.uk/hawarden